The learning objective of this game was to help learners translate the concepts and approaches taught in the ‘Introduction to Coaching and Mentoring’ course on Kaya to practical, usable skills through activities that simulate a coaching engagement.

Skills / knowledge expected to be practiced during the game

How it was designed

The identified target user were Kaya learners who had completed the Introduction to Coaching and Mentoring course and wanted to practice what they have learned.

While building the concept the game designers worked closely with a subject matter expert, an experienced coach, to define the learning objectives and key activities within the game. It was decided that the game should test a few skills taught in the course in order to prevent it from being too lengthy.

Given objectives and the number of players, video feedback was the most used game element, along with multiple choice questions and text feedback to capture the coachee’s feedback on the coach’s approach.

A storyboard was developed based on each activity, and accounted for the back and forth interactions that would happen for both players during each exercise.

An introduction screen to orient players with the game’s scope, duration and requirements was later included to ensure more clarity.

For the game’s illustrations, character designs were explored before identifying the final approach. A screen-by-screen visual brief was then shared with the illustrator. 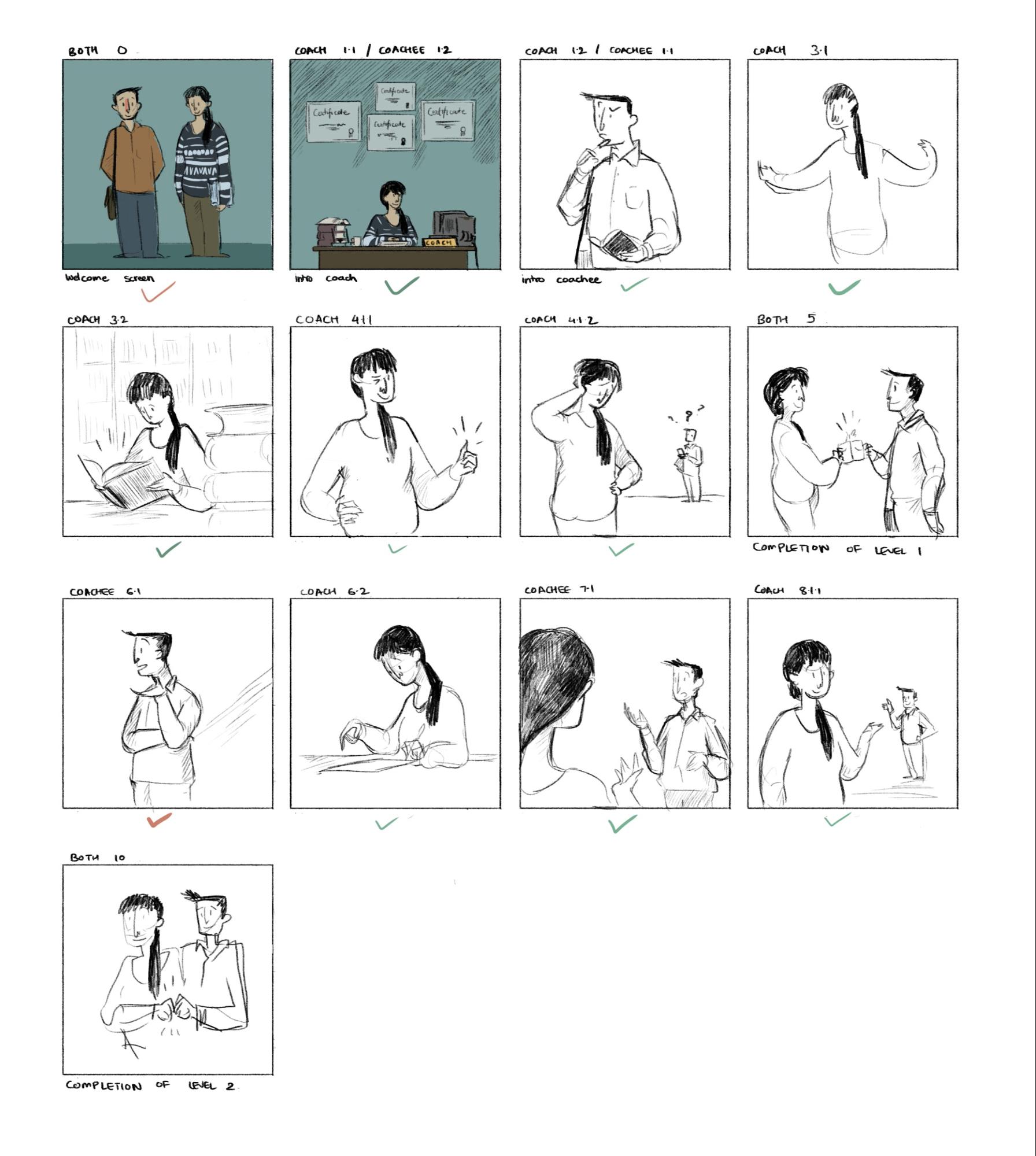 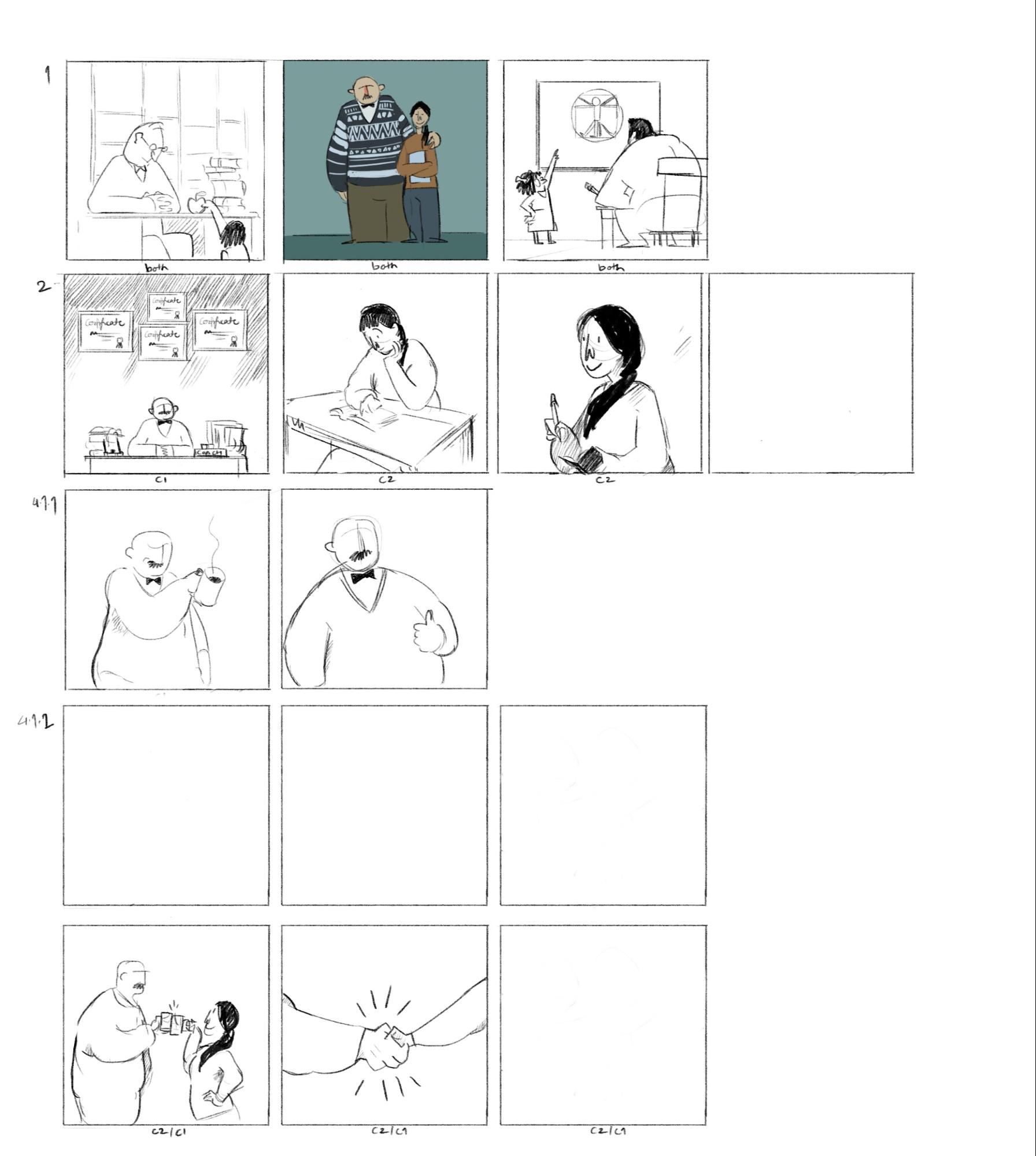 #3 Create your game in Gamoteca!

Events were created for different people to test and use the game. After testing a link for the game was created and this was embedded in course description that featured instructions on playing the game.

Feedback from the user tests informed some changes, such as the reduction of back and forth between players and clearer instructions. Quantitative feedback has been captured through a Typeform survey and gave a lot of insights that we can use when creating other games.

→ Setting the tone and expectations (of activities, duration, requirements from the player etc) for a game is crucial, without which some learners might get more lost than others.

→ The use of video is useful yet must be used judiciously, as video feedback often creates dependencies that hinder game completion, in case the other player does not reply.

→ The journey for a user from the first communication to the end of the game is very important as the lack of players’ clarity on the game and what has to be done has a great impact on the learning experience. If this is the first time you use this type of learning with your learners you should take extra care to make clear instructions and set the right expectations.

What games can you create based on this template?
Games that require the engagement of two players with each other, such as learner and facilitator-based games, allowing for continual feedback. Such a game format can also be leveraged for role-playing experiences.

Who is Coaching & Mentoring game recommended to?
It is recommended to people working in a managerial role as well as aspiring team leaders.