The International Training Centre of the International Labour Organization (ITCILO) based in Turin, Italy has a long record of being providers of quality training for their learners, who come from different parts of the world and from diverse backgrounds, from learners within the UN system, to NGO staff and members of government.

The ITCILO, who is known for delivering innovative and technological advanced training, was one of the early adopters of the Gamoteca platform for gamifying green behaviours on campus in 2016. Subsequently ITCILO, have been using Gamoteca as a rapid co-creation tool during  “learning hackathons” since 2017. The term learning hackathons, comes from computer programmers’ traditional hackathons, which are design sprint-like events in which participants collaborate intensively on software projects with the goal of a hackathon to create functioning software by the end of the event.

ITCILO and other learning providers, such as the Humanitarian Leadership Academy, have been using learning hackathons as an approach to teach participants to work with each other and in the process create something new, in this case game-based learning. ITCILO used Gamoteca as a co-creation tool during learning hackathons workshops aimed at designing and developing enhanced learning for humanitarian workers, volunteers and teachers. Gamoteca was used to collaboratively co-create new learning and training concepts, solutions and products based on locally identified problems and ideas. ITCILO have run learning hackathons in Kenya, the Philippines, Jordan, Bangladesh, Italy as well as virtually via Massive Open Online Courses (MOOCs). 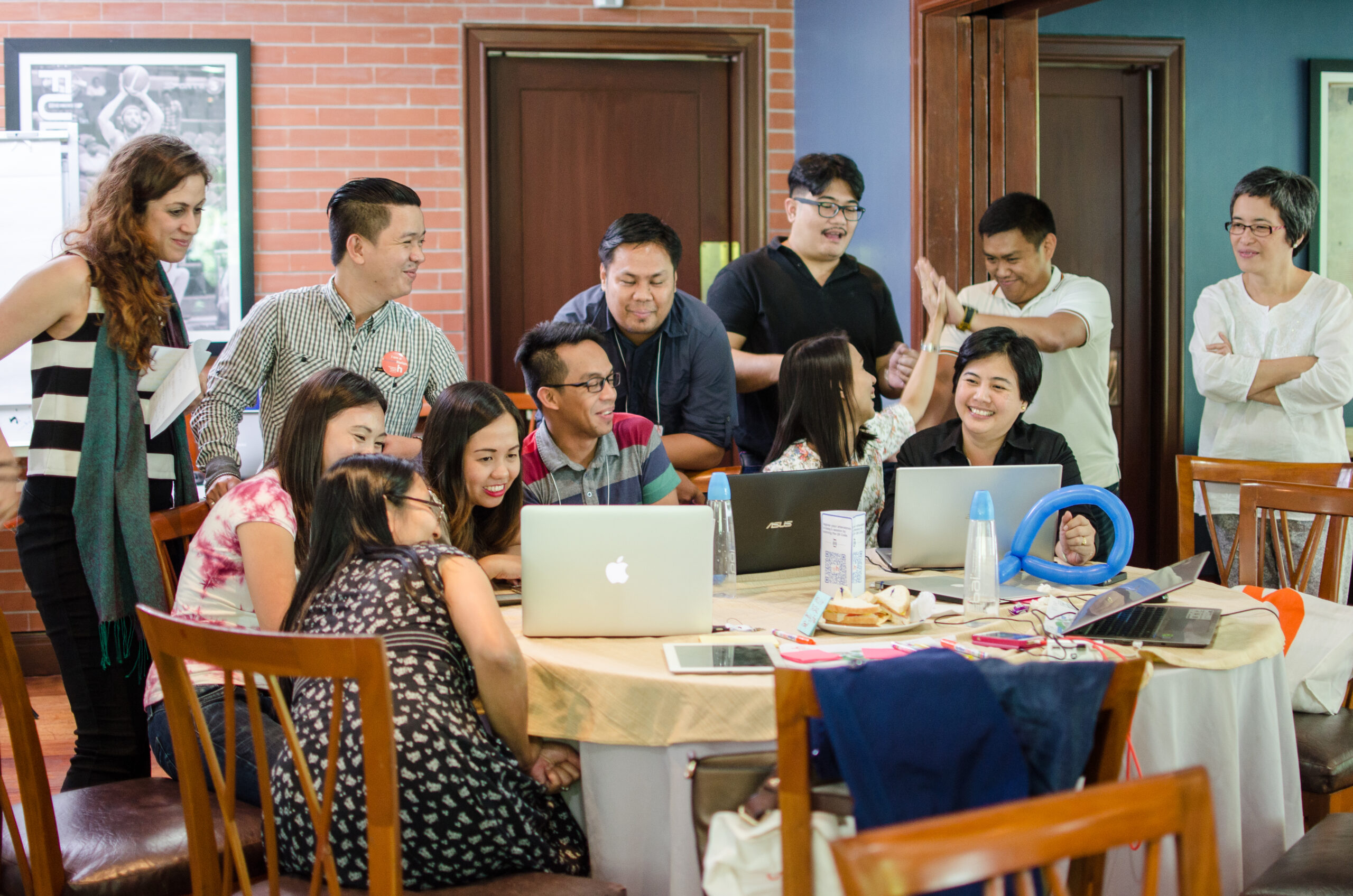 Most participants are usually not familiar with game-based learning, or gamification, nevertheless the learning by doing process ensures that participants are engaged during the hackathon, and having no previous knowledge of these innovative approaches, is not a deterrent for participating in the events.

At  the first Gamoteca global partner event (held in June 2020), Alessia Messuti, Learning Innovation Programme Officer with the ITCILO, presented on the  main aspects of these hackathons: 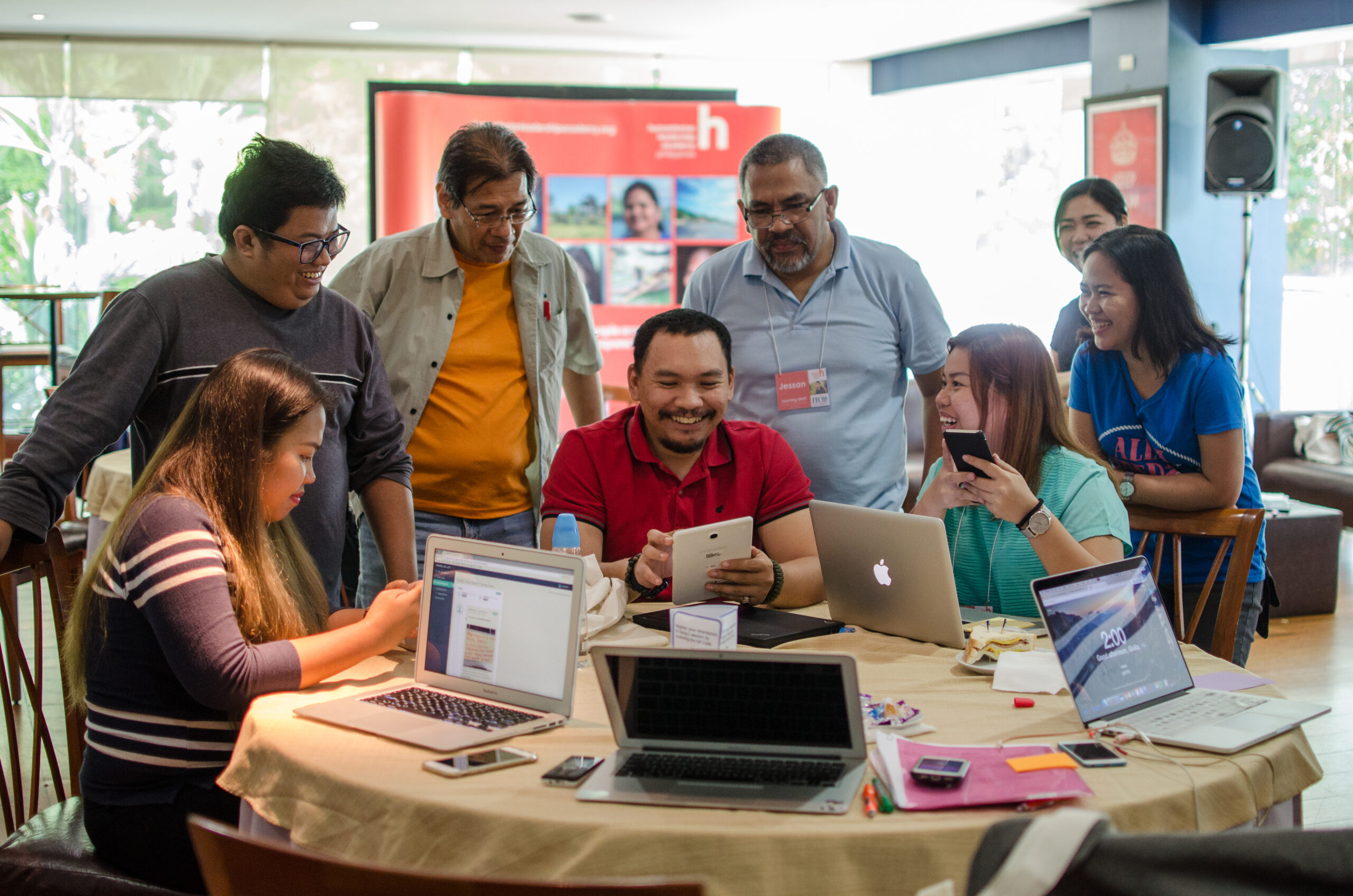 Participants during a learning hackathons with e-learning specialists, Louie Aguila from the Norwegian Refugee Council (NRC) in the Philipines.

At the end of the hackathon, and as participants have already created a first prototype it is possible to share this prototype with other participants and gather feedback and foster an iterative design process, in which the solution is improved after each round of review. In some cases, the game ideas which have come from the learning hackathons are great solutions for the issues and problems that they were aiming to solve, and have been scaled up through global learning platforms. Inspiring games to emerge from these learning hackathons have aimed to tackle a number of issues including developing empathy when working with crisis affected people as well as tackling issues of gender bias.

Discussion of game co-creation through learning hackathons with e-learning specialists, Alessia Messuti from the International Training Center of the International Labour Organisation (ITCILO) and Louie Aguila from the Norwegian Refugee Council (NRC).

To learn more about running your own learning hackathon contact us at contact@gamoteca.com.